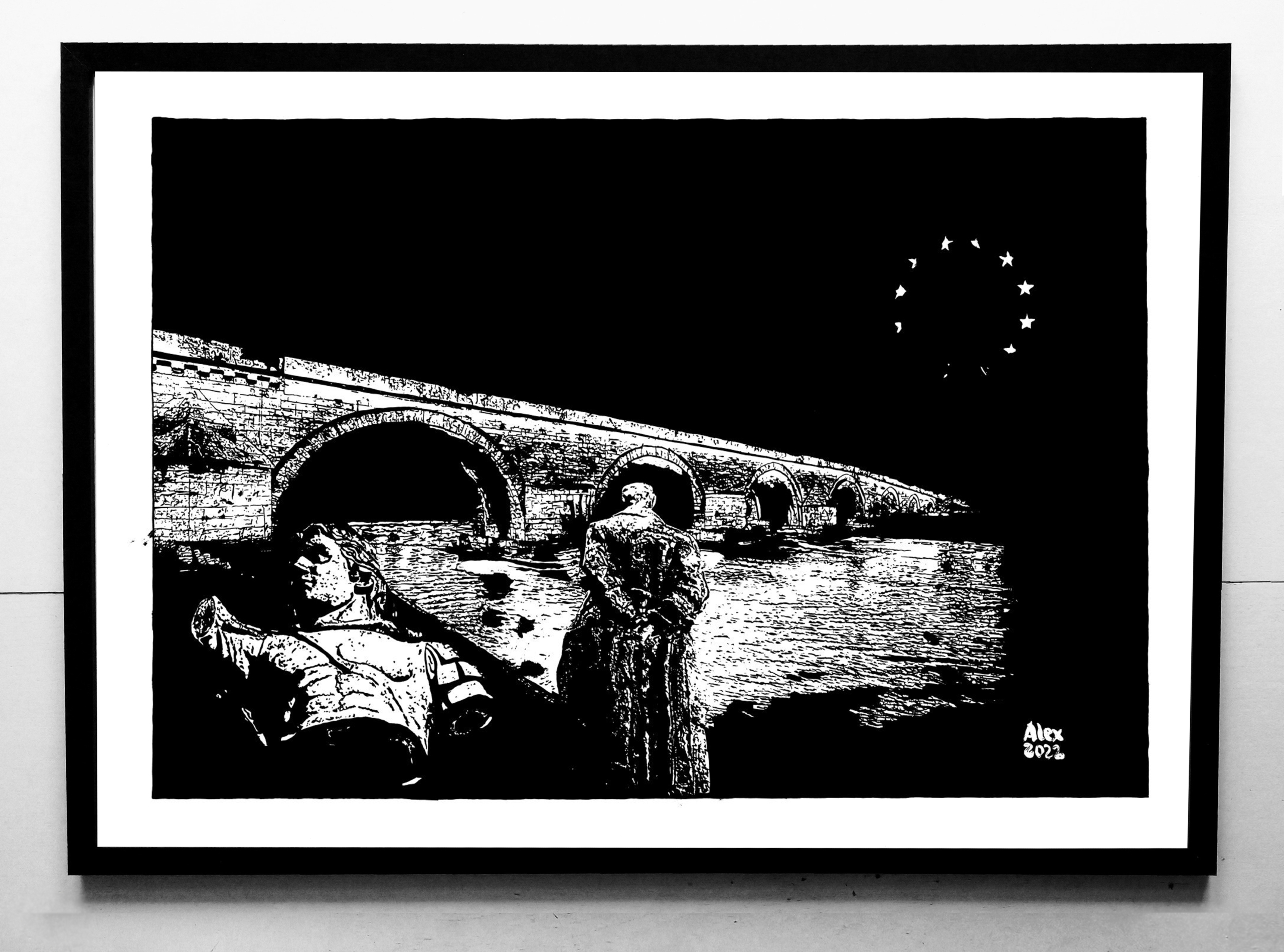 “Finding new gods” is my visual impression of Skopje, the capital of North Macedonia whose authorities keep creating symbols of a religious nature, when they erect a gigantic Millennium Cross on the main hill that overlooks the city (2002), or set up a highly controversial programme of “Antiquization” since 2014, trying to turn their urban landscape into a classical one with statues of Justinian or Alexander the Great on their main squares.

These are all the warning signs of a people having lost their identity and building an imaginary past of shared European values to bring the country closer to the European Union.

North Macedonia is like an uprooted nation, invaded, morcellated and recast so many times since antiquity, with its Byzantine past, followed by a very long ottoman period, a kingdom, Tito’s local brand of socialism and now an open market for a small population less than 2 million people with numerous minorities.

Neither the breakup of Yugoslavia, or the horrific wars that followed have eclipsed the memory of Marshall Josip Broz Tito, whose legacy is exceedingly difficult to assess. In my painting, I show him from the back, looking on by the shadowy arches of Justinian’s stone bridge. His presence is still felt everywhere and thousands of people still write letters to him like they would to a revered Christian Saint. 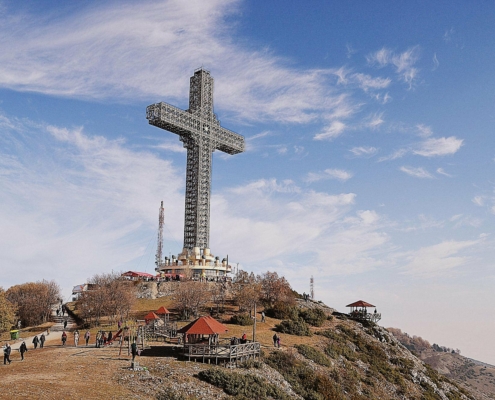 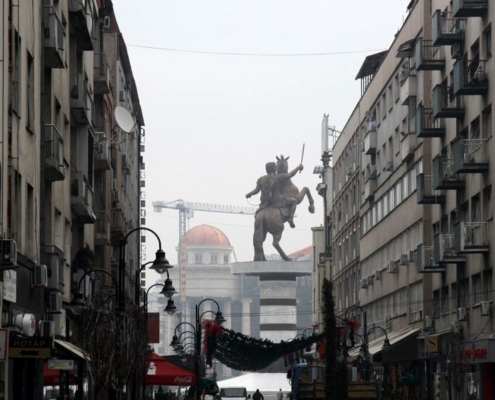 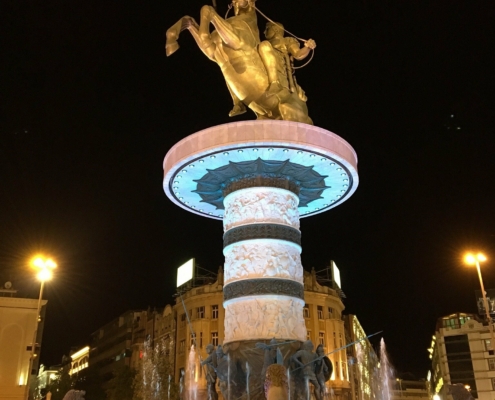 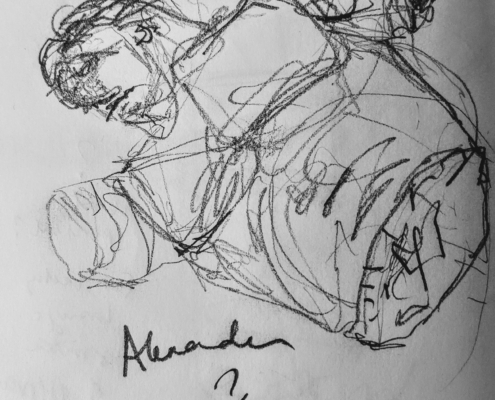 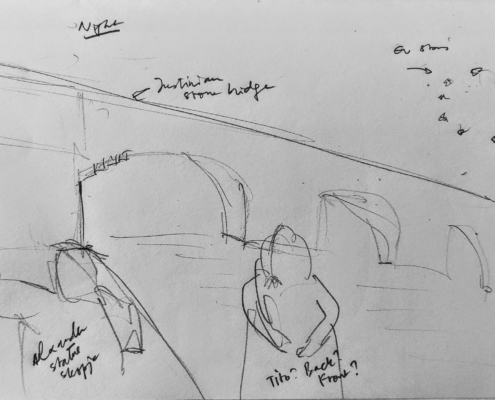