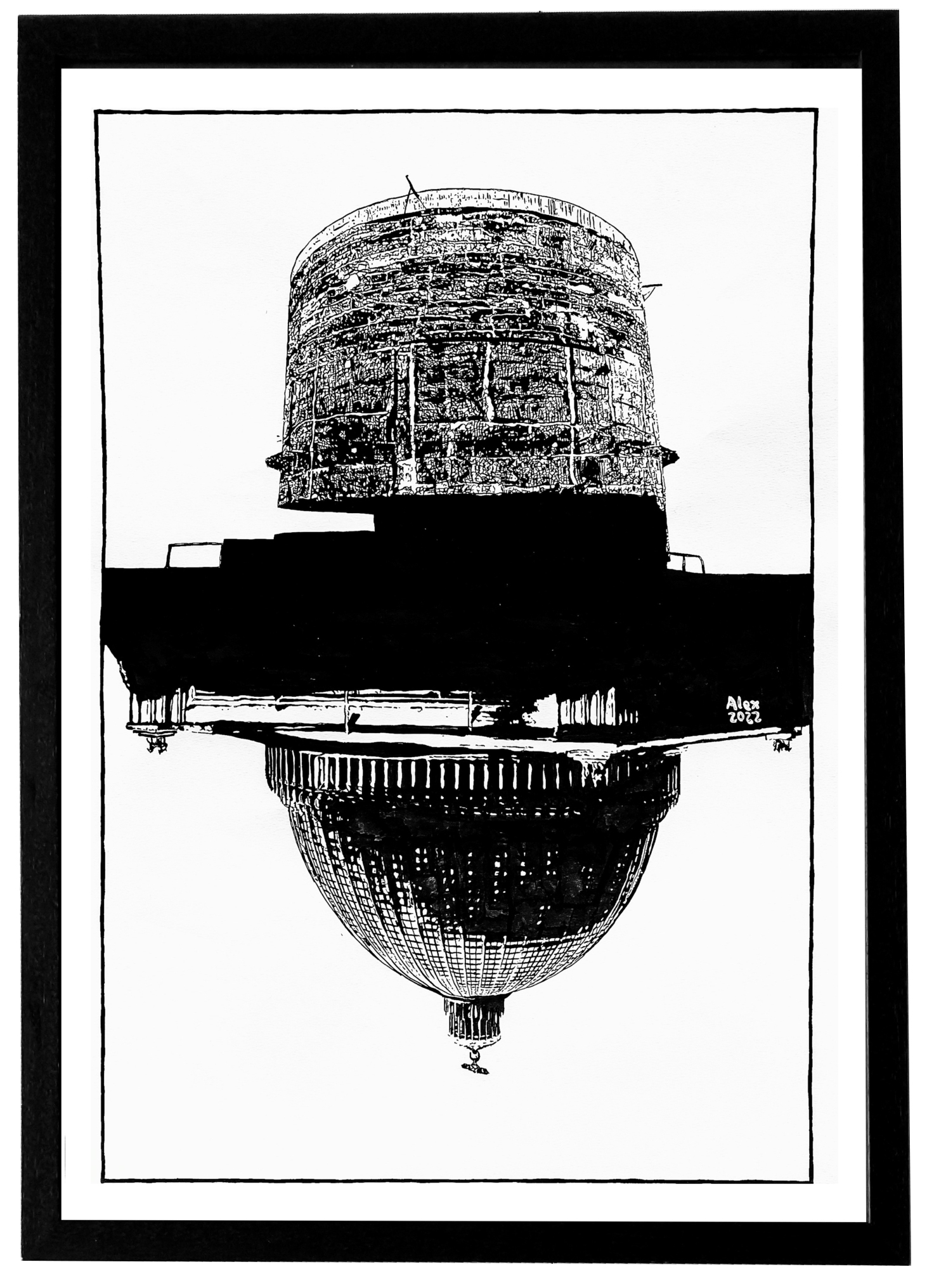 There is so much to see and experience in Berlin, a vast and complex city, haunted by its contrasted history. Sure, there’s The Wall, the Reichstag, Wannsee lake, etc, but there is also Teufelberg, that weird hill made of debris from bombarded buildings or goddess Helle’s lake on Alboin square and her aurochs.

There is much to see, but stranger still, is the unrealised city that seeps through the cracks. Hitler and his architect Albert Speer were planning to turn Berlin into a symbol of the Reich and their vision of the new city (later called Germania) was truly megalomaniac. The dome of the Volkshalle, or people’s hall, would have had enormous proportions, 290m high and would have held almost 200.000. Albert Speer was thorough; he had the ground tested for its load-bearing capacity, to find out if it could withstand the weight of the planned works.

A 12,650 ton load-bearing cylinder made of concrete, or Schwerbelastungskörper was built by French prisoners of war. The test consisted in measuring how many centimetres of the cylinder sunk in the ground over time. If it sunk less than 6 cm, they could start building. Germany’s defeat put an end to Hitler and Speer’s vision of a vast city to symbolise an eternal Third Reich. All that remains is a very ugly and heavy concrete cylinder. It could not be destroyed because of its proximity to railroads and residential buildings. Some tried to turn it into a wall-climbing club and a café but they were not viable options.

It serves no other purpose but to remind us of what might have happened and what did happen. 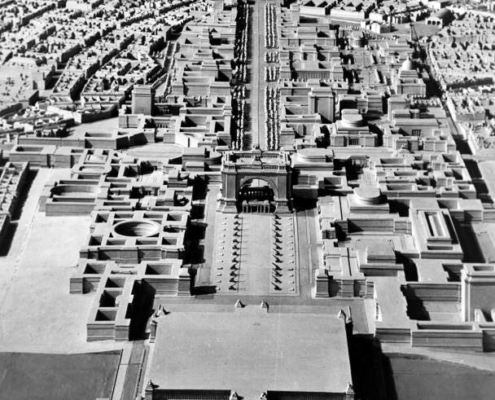 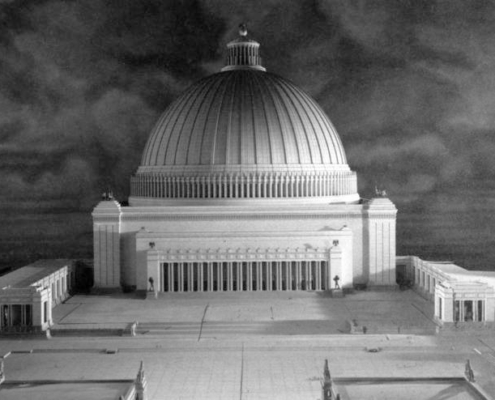 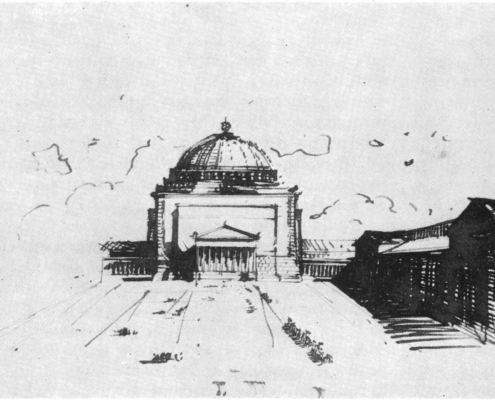 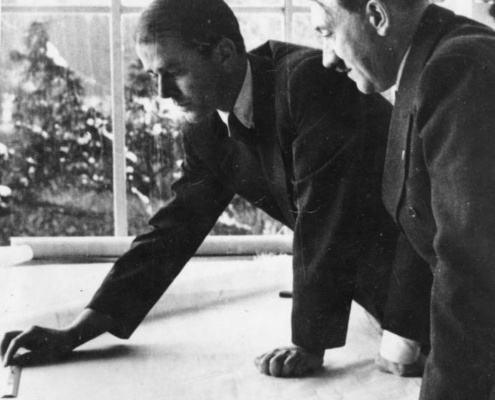 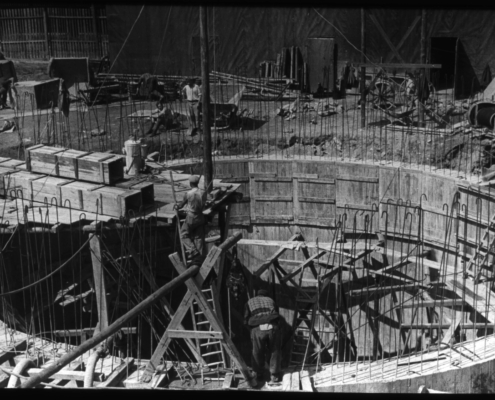 Rising from the Temple’s ashes (Yavne)
Scroll to top