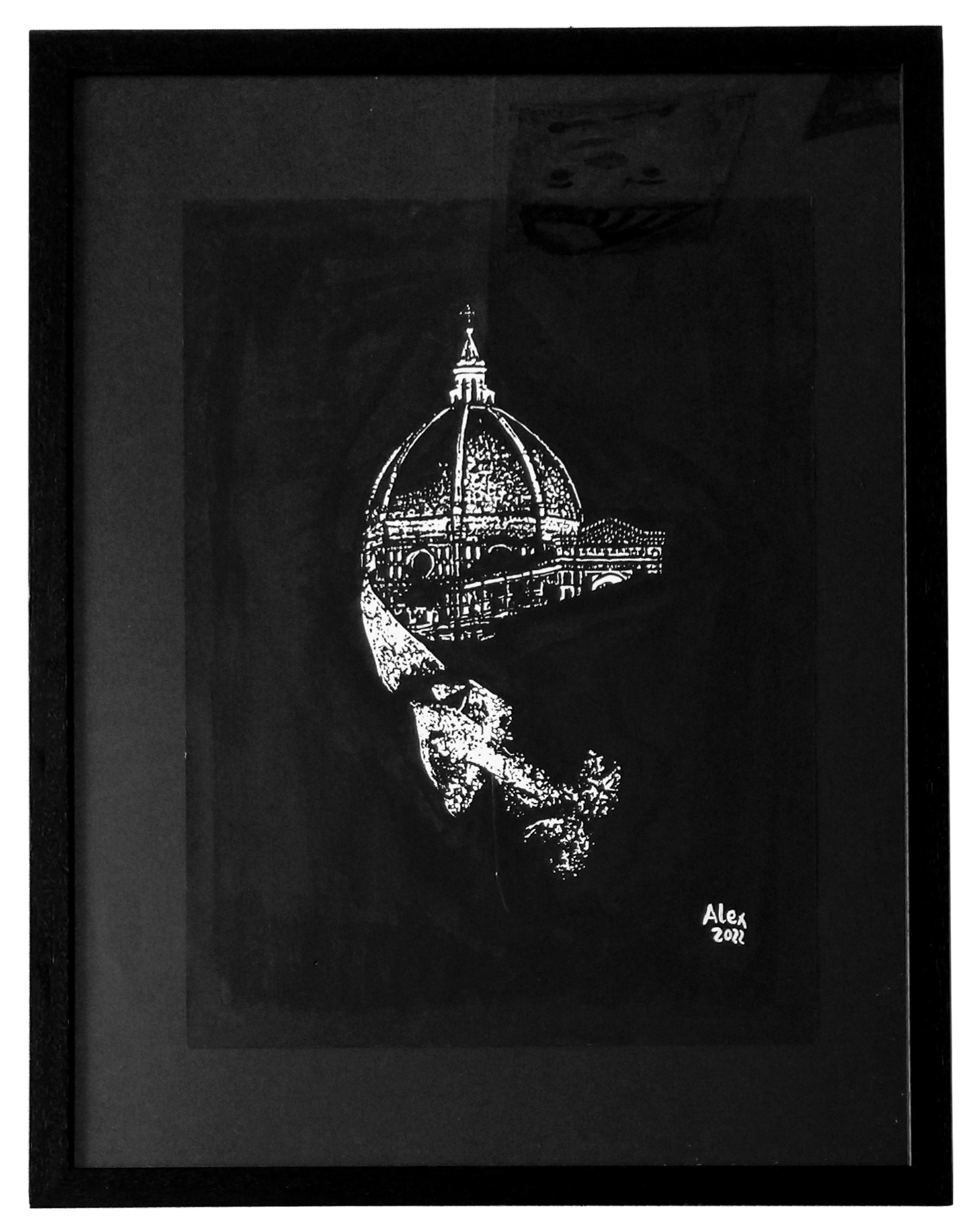 During my last trip to Florence, I kept sketching statues of Dante Alighieri. The sun was hitting hard so I did not linger in Santa Croce and moved on to his portrait in the Uffizi Gallery Loggia, next to other statues of famous Tuscans.

The portrait I was inspired by in my drawing however is a death mask, kept in the Palazzo Vecchio. It is not his original death mask ‘carved directly from his lifeless face’ in Ravenna where he died in exile and is still buried, but a recreated death mask, a copy of a lost portrait. Still, it is incredibly evocative. Visitors truly pay their respects to the father of the Italian language.

His role cannot be understated. He chose the Tuscan vernacular rather than Latin to write his grand opus, The Divine Comedy and, before long, Florentine Tuscan became Italy’s main language and turned Florence into one of the most prolific centres of the Renaissance. As I looked at my sketches of his death mask, I wondered how to incorporate it into one of my drawings of the city. I chose the Duomo as the city most prized and meaningful architectural jewel, but I now realise that it resembles a crown, which in the end, is quite appropriate for a Prince of poets.

The Vanished
Scroll to top