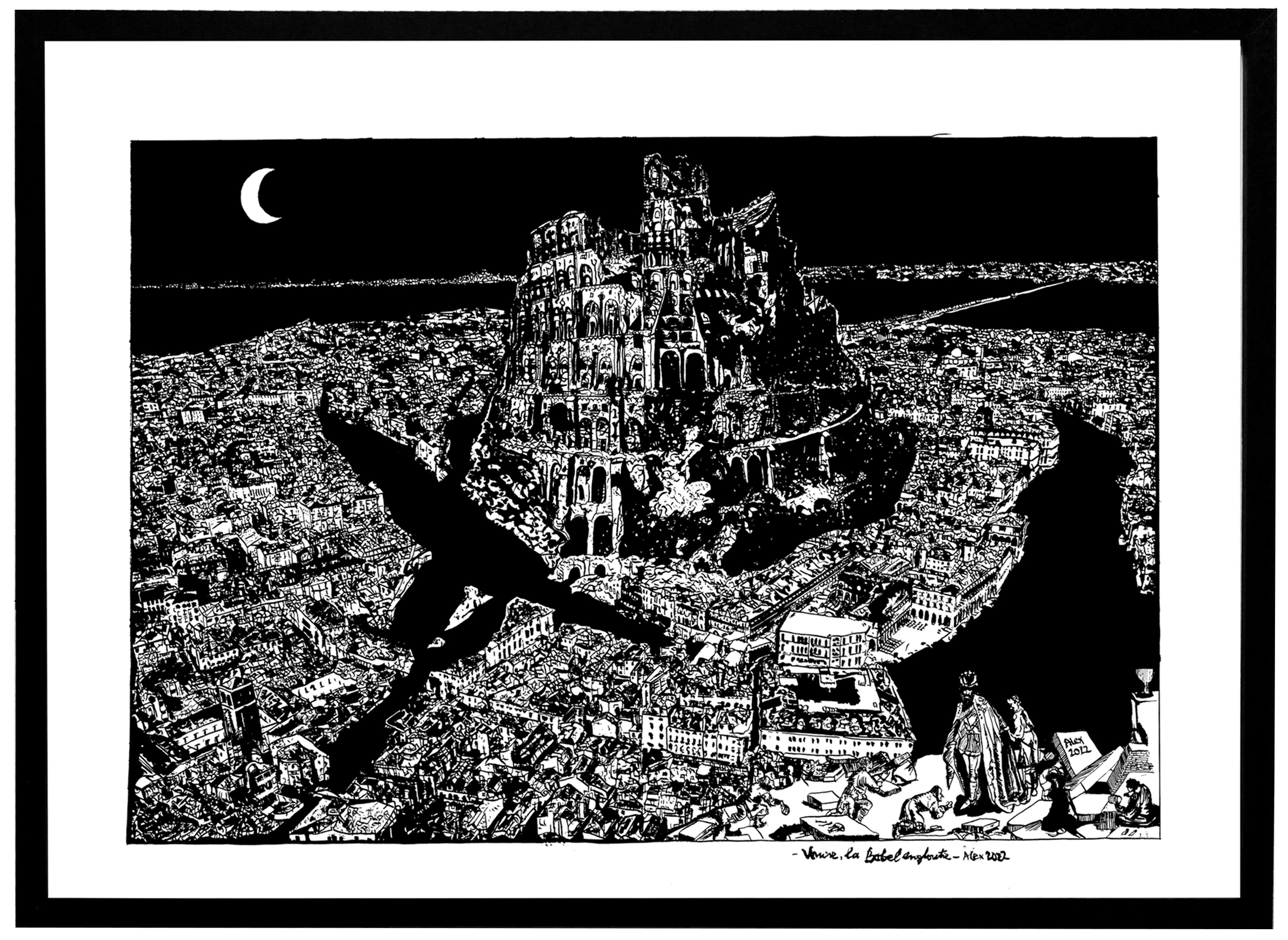 I have always been obsessed by the Tower of Babel. It may have been stirred by the confusion of languages I grew up in, as I was raised in the Flemish countryside by parents who only spoke French and English, or it might have been the idea of a human tower that could reach the skies.

I came across so many interpretations of the story. As a child I read the bible and devoured legends of Babylon and other ancient civilisations; as an adolescent, I discovered Isaac Asimov, François Schuiten and later still, at University, I studied some Akkadian and read about Etemenanki. This was when I realised that the story might have some hidden jokes. Babylon was called in Akkadian ‘Bab-Ilum’, or ‘gate of god’ whereas Babylon was called ‘Babel’ by the Jews because in Hebrew babel means ‘confusion’.

After all, the Jews had been deported to Babylon from their ancient Kingdom of Judah by the Babylonian king Nebuchadnezzar II, and this would be a typical example of Jewish humour, taunting their captors by poking fun at their most prized city and ziggurat.

But in the end, what fascinated me the most was Brueghel’s Tower of Babel in the Kunsthistorisches museum in Vienna. Few paintings still touch my soul like that one. It is truly my pathway to the stars.

I love the city of Venice and particularly at night in the wintertime, when the sky is pure blackness, the streets are empty and the cold wind gushes through narrow alleys, made colder still because of its waterways. It was once a city that held European kings in the palm of its hand and every adventurer, politician, writer, artist and musician craved its intoxicating atmosphere. This city is an ode to urban palimpsests.

I once had a vision of Bruegel tower rising from the city of Venice at night and I chose the permanence of Indian ink to draw it, building by building, stone by stone, between light and shadow. 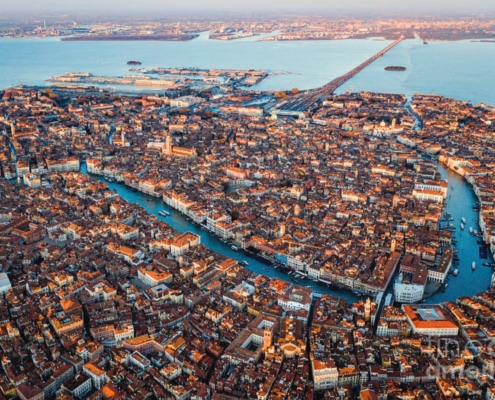 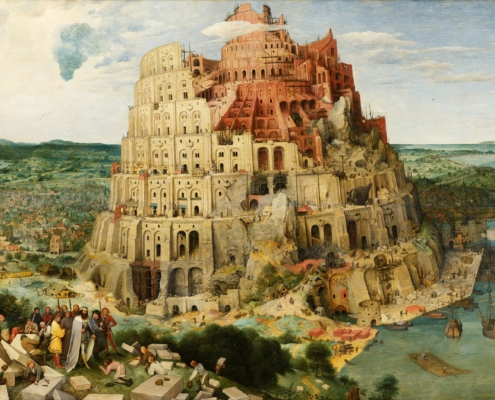 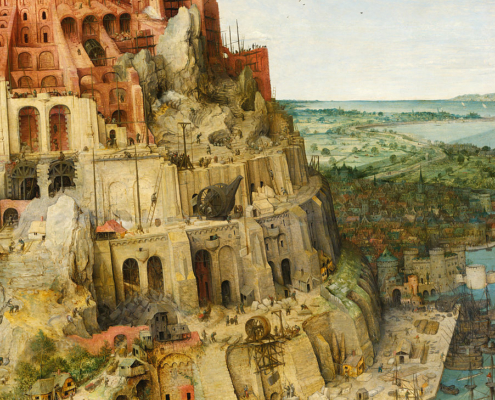 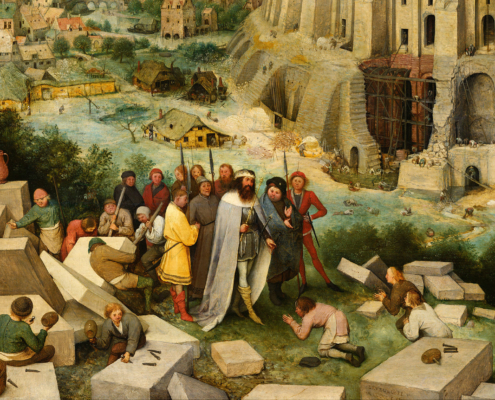 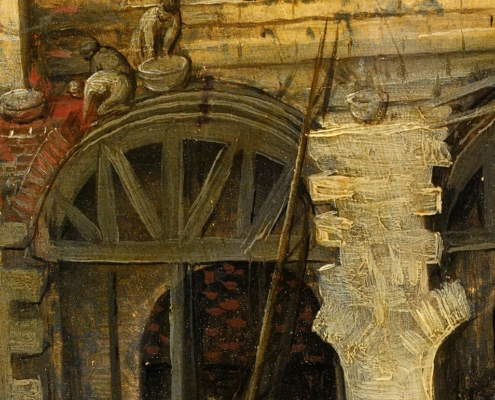 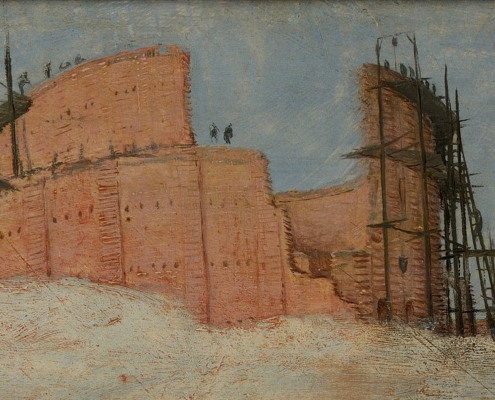 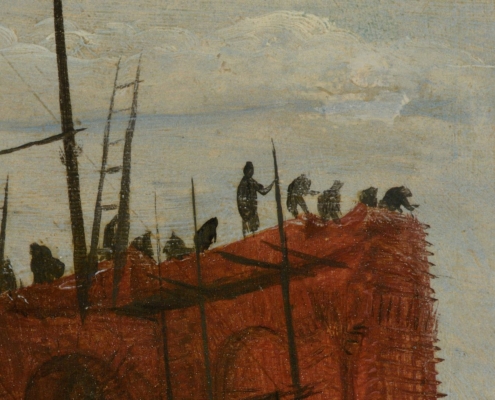 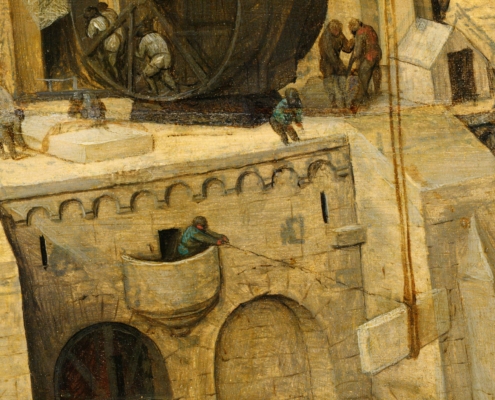 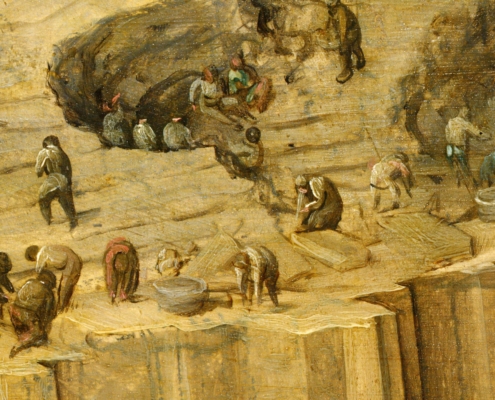