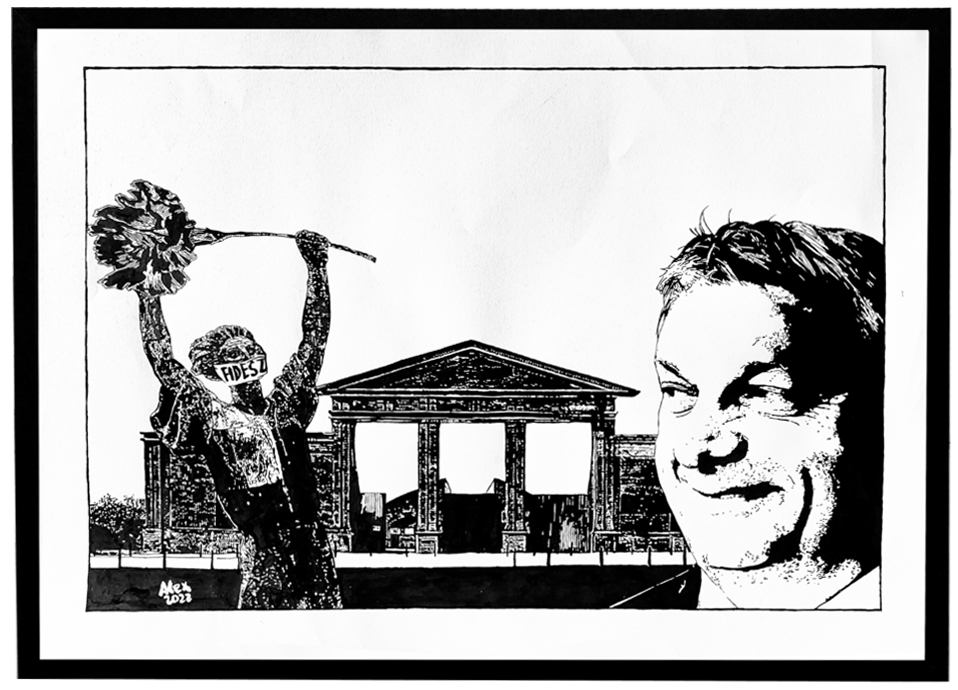 Since my last visit to Budapest, I have watched from afar how certain freedoms and rights, particularly that of the LGBT community in Hungary have been slowly eroded within a democratic framework. A number of legislative amendments to various pre-existing Acts (Child Protection, Family Protection, Media, Public Education) have been pushed through the Hungarian parliament with the aim of curtailing the freedom of the LGBT community in Hungary. The amendments were approved on 15 June 2021, by a 157–1 vote.

The country’s recent past is particularly colourful. Liberated by the USSR in 1945 after being a member of the Axis powers during World War II, the kingdom was turned into a socialist state (1949) and renamed the Hungarian People’s Republic. After the demise of the Soviet Union, it became the 3rd Hungarian Republic (1989). Very quickly all major communist sculptures were removed from the public space. With some historical awareness and not without humour, the statues of Marx, Engels, Stalin and many more found their way to Memento Park, an open-air museum specifically designed for this purpose.

Yet, one iconic sculpture remained behind : The Liberation, by Zsigmond Kisfaludi Stróbl. It was erected in 1947 in remembrance of the Soviet liberation of Hungary. The female personification stands atop Gellért Hill, far above the city’s skyline, holding a victory palm leaf with outstretched hands. This could not do in post-communist Hungary, so what to do? Would it be sent off to the communist “museum/cemetery”? Unlike the ancient Athenians who were forced to bury all the korai sculptures on the Acropolis that had been defaced or urinated on by the Persians during the first Persian War (a good thing too for us archaeologists…), the authorities in Budapest decided to keep the Liberation statue by renaming it Liberty statue.

In my drawing, Liberty statue has gone to die in Memento Park. Instead of the palm leaf (in fact the sculptor Stróbl was forced by the Soviet authorities to add the palm leaf: he wanted her to hold an infant) I have given her a (green) carnation, one of the more elegant symbols of gay culture since the great Oscar Wilde. 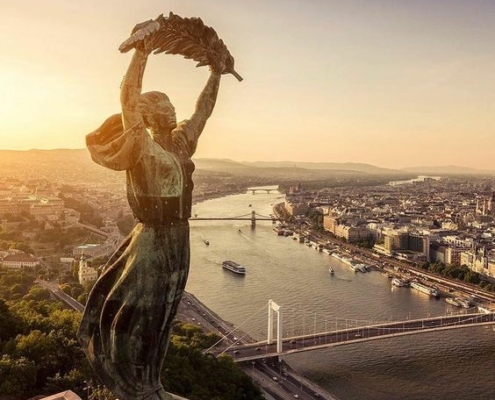 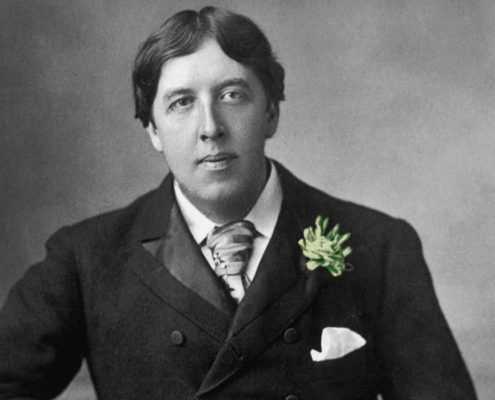 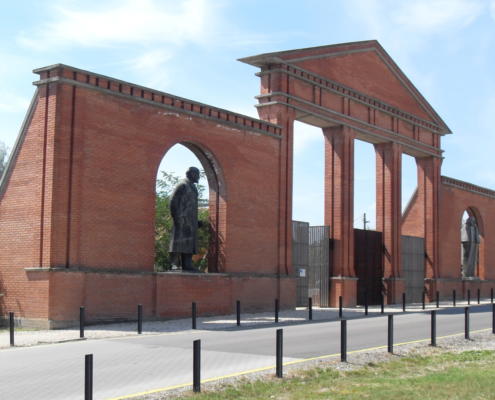 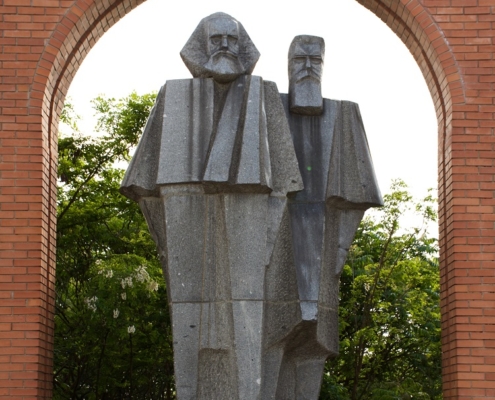 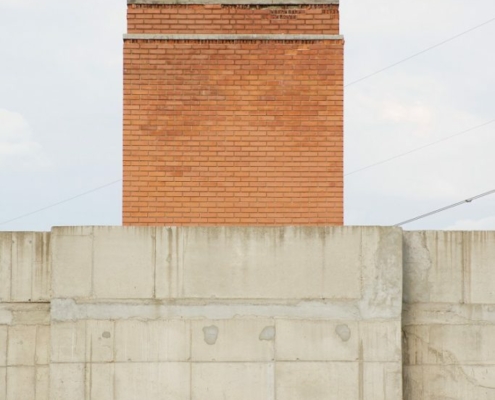 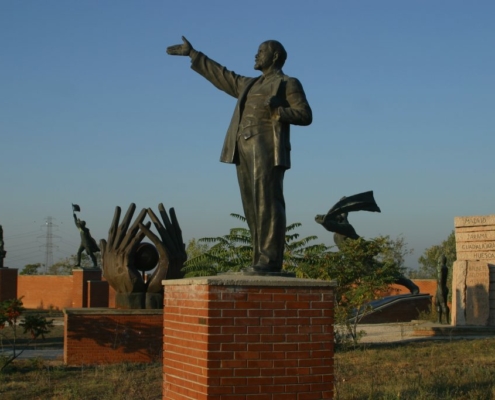 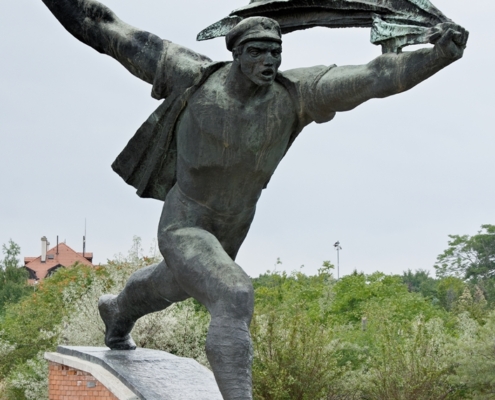