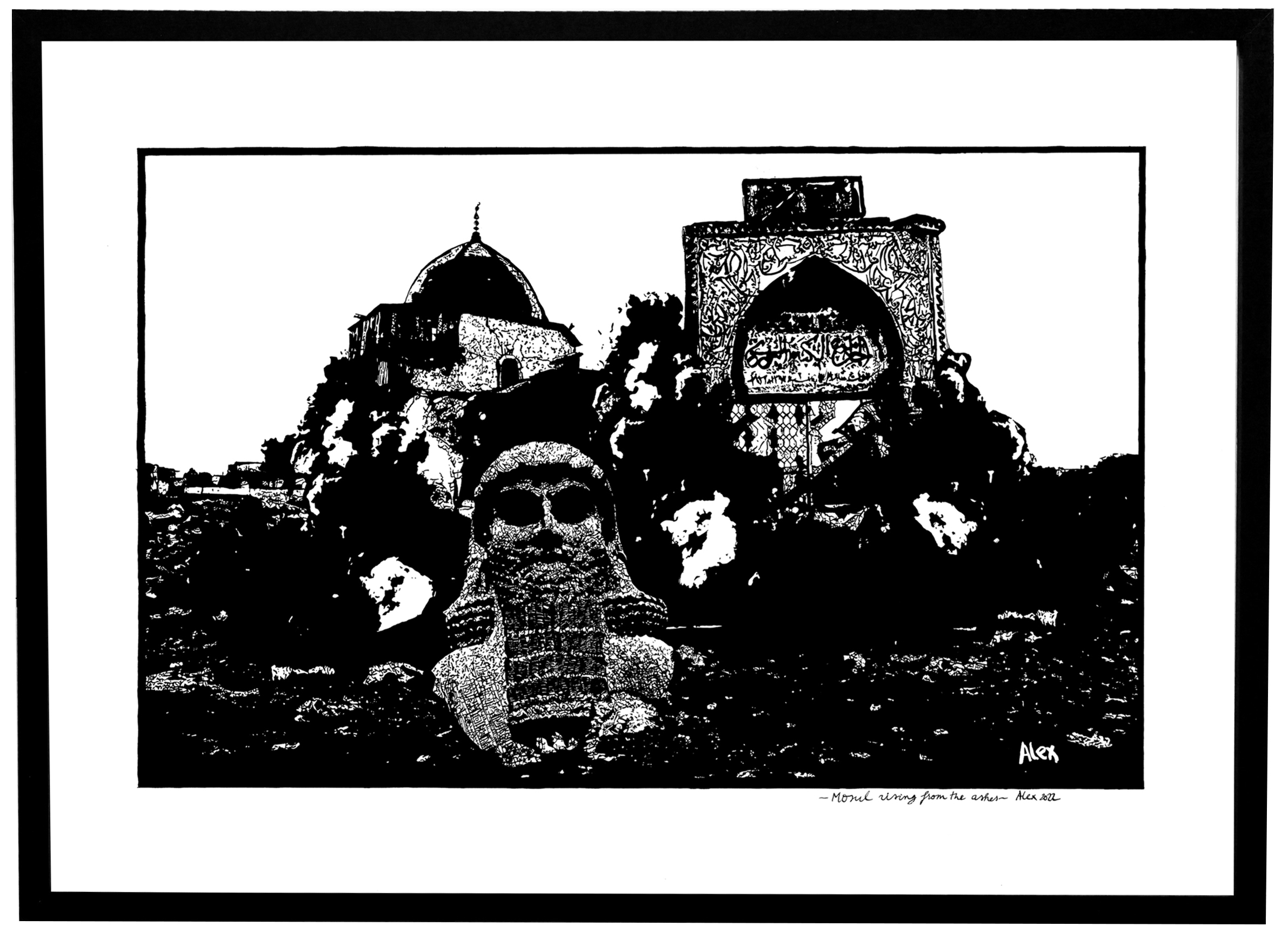 I was so horrified by Iraq’s human and cultural loss in 2004, that it inspired me to write two novels based in Iraq (The 13th Tablet, 2012 and The Snake of Babylon, 2021). And, when ISIS and its black flags entered the city in 2014, I truly felt we had reached the end of the line, somewhere between ignorance and darkness.

Yet, even those brutish jihadists could not annihilate such a land, for it is the true cradle of civilisation and, among all its gifts, it brought forth the written word. The magnificent 1000 year-old Al-Nuri mosque and so many other celebrated buildings were destroyed by these enraged thugs, but in time they will be rebuilt. Iraq’s people are a melting pot of ethnic groups and religions but they live in the land of Gilgamesh, the first hero of the oldest extant epic.

I have dreamt of the hero who subdued the lion, be he Gilgamesh or his unruly friend Enkidu, whose statue was found so close to Mosul. Rise, Gilgamesh, Rise Enkidu the wild one, from the bosom of the earth, and cleanse the land from the hateful, from those who are cruel to the bone. Iraq will rise once more from the ashes of ISIS, and Mosul will be beautiful again.

‘A loving heart builds a house. A hating heart destroys a house’