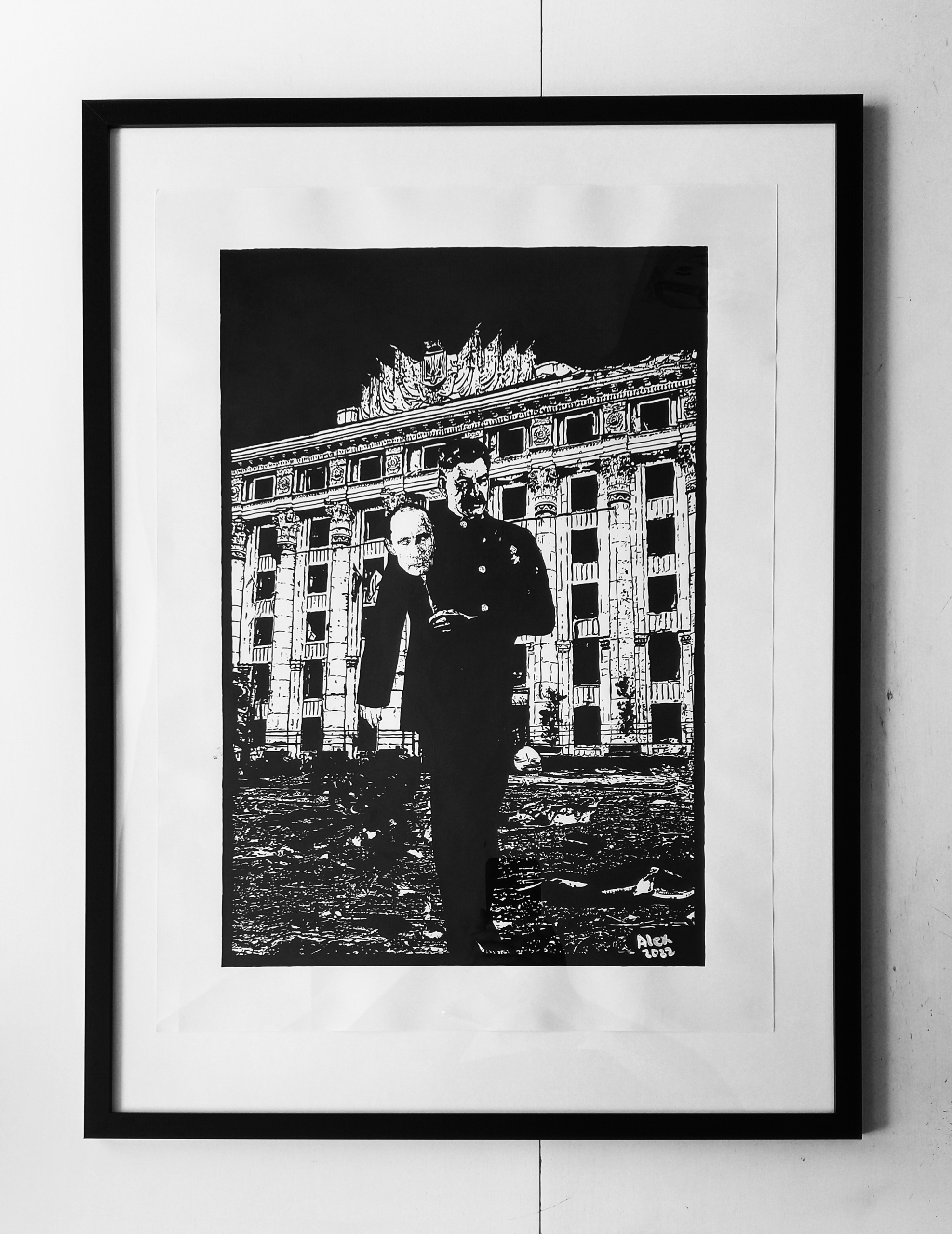 If like me, you are painfully aware of history’s ferret wheel, you will also know that this is not the first time Ukraine is brutalised by Russian forces.

Between 1932 and 1933, Stalin was determined to obliterate Ukraine’s national identity and the country’s resistance movement, which he blamed on Ukrainian nationalists.

He deported and executed millions of Ukrainians; he seized peasants’ crops to force them to join collective farms. This quickly led to the Great Famine, known in Ukraine as Holodomor or “death by hunger”. Stalin called it ‘a fairy tale’ and to this day, Moscow has never acknowledged its man-made famine, pretending that millions of men, women and children starved to death because of poor harvests.

Just like Stalin, Putin is a tyrant who lies shamelessly to his people and the world, wields fear and heavy military power to repress his own citizens as well as his enemies. The Soviet propaganda machine was incredibly effective in its time but compared to Putin’s control of social media and the news, his arsenal of State-sponsored internet hackers, it would look like a blunt instrument.

As the historian Simon Sebag Montefiore writes in a recent article (The New Statesman, March 9, 2022), ‘Putin has now switched from authoritarian rule to totalitarian oppression. As this atrocious war and Western sanctions corrode Russian society, Stalinist terror will become essential to Putin’s hold on power.’

Back to Portfolio
Miroir de sanglots

Where Liberty goes to die
Scroll to top