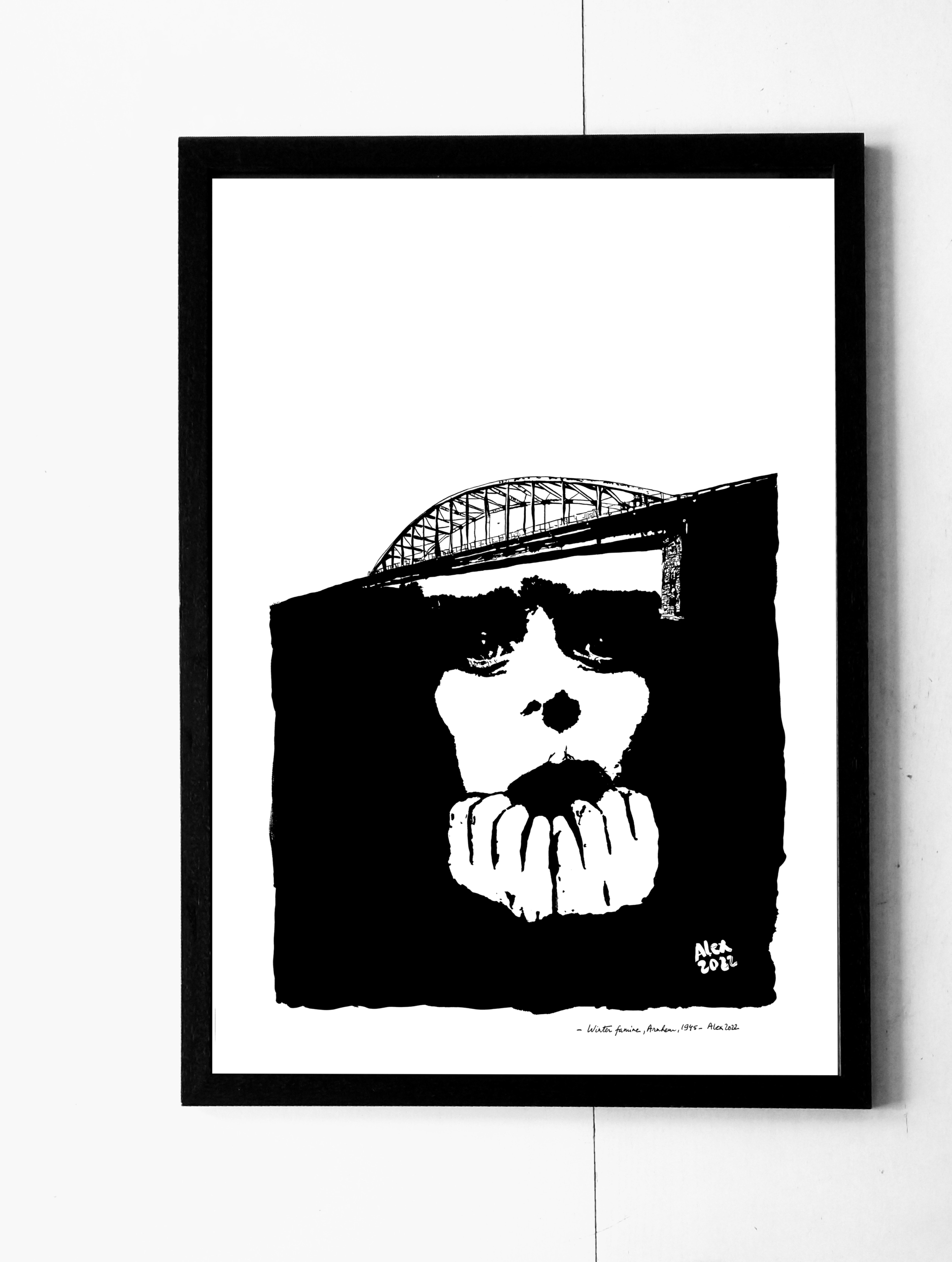 Towards the end of the Second World War the Allies had liberated the southern part of the Netherlands from Nazi occupation, but ceased their advance into the north when Operation Market Garden, the attempt to seize a bridge across the Rhine at Arnhem, failed.

On the ground, after the Dutch national railways went on a railway strike to further the Allied liberation efforts, the German General Friedrich Christiansen, ‘Supreme commander of the Wehrmacht in the Netherlands’, retaliated by placing an embargo on all food transports to the western Netherlands.

About 4.5 million civilians were affected by this decision and over 20.000 people starved to death. The famine was alleviated by the liberation of the provinces by the Allies in May 1945. At the end of the war, F. Christiansen was tried for war crimes.

He was sentenced to 12 years imprisonment in 1948 in Arnhem for war crimes but was somehow released in December 1951.

His native town, Wyk auf Föhr, tried to reinstate a street name that honoured his heroics during the First World War (the street name had been changed by the British military administration in 1945), but there was such a public outcry in Germany and the Netherlands that the town council bowed down in 1980.

Back to Portfolio
The Vanished

Dreaming of Babel
Scroll to top