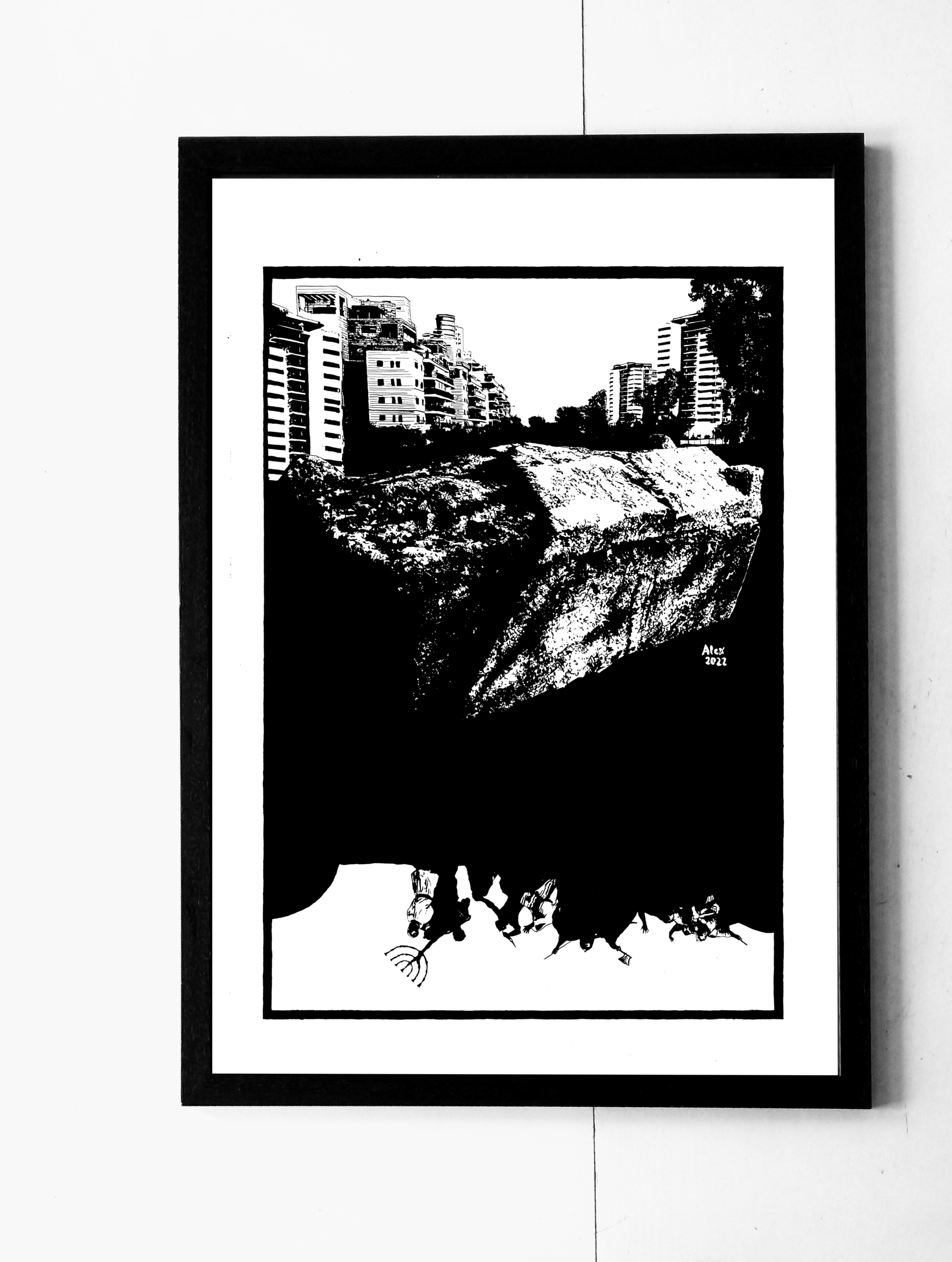 Back to Portfolio
The destruction of the second Jewish temple and the city of Jerusalem by the Romans in 70 C.E. was a horrific and momentous event.

Just like the plunder and demolition of Solomon’s temple (built around 950 B.C.E) by the Babylonians in 586, it forced the Jews to re-invent themselves as a nation without a temple, or a capital.

Once again, a foreign empire had tried to annihilate the Jewish people by destroying their only temple. It was an attempt to severe their attachment (re-ligio) to their god and destroy their identity as a people.

The irreversible devastation of Jerusalem in 70 C.E. acted as a crucible. A Pharisian rabbi, Yohanan Ben Zakkaï, abandoned the city in ruins to establish a school of thought elsewhere.

Hidden in a coffin, probably carrying his precious scrolls and the knowledge of his forefathers he was secreted away by his disciples right through the gates of Jerusalem and made his way to a coastal town called Yavne.

This was the beginning of so-called Rabbinic Judaism. Everything had to be re-thought to ensure the shared past would not be forgotten and new laws established in keeping with a new reality.

The exiled sanhedrin of Yavne would eventually replace temple rituals and daily sacrifices by prayers in small houses of prayer and study (synagogues) which changed the face of Judaism and ensured its survival.

In 2021, archaeological excavations in Yavne brought to light a series of stone coffins that may have belonged to sanhedrin members in exile. I drew one of these in between the urban landscape view of modern Yavne and the destruction of the temple. 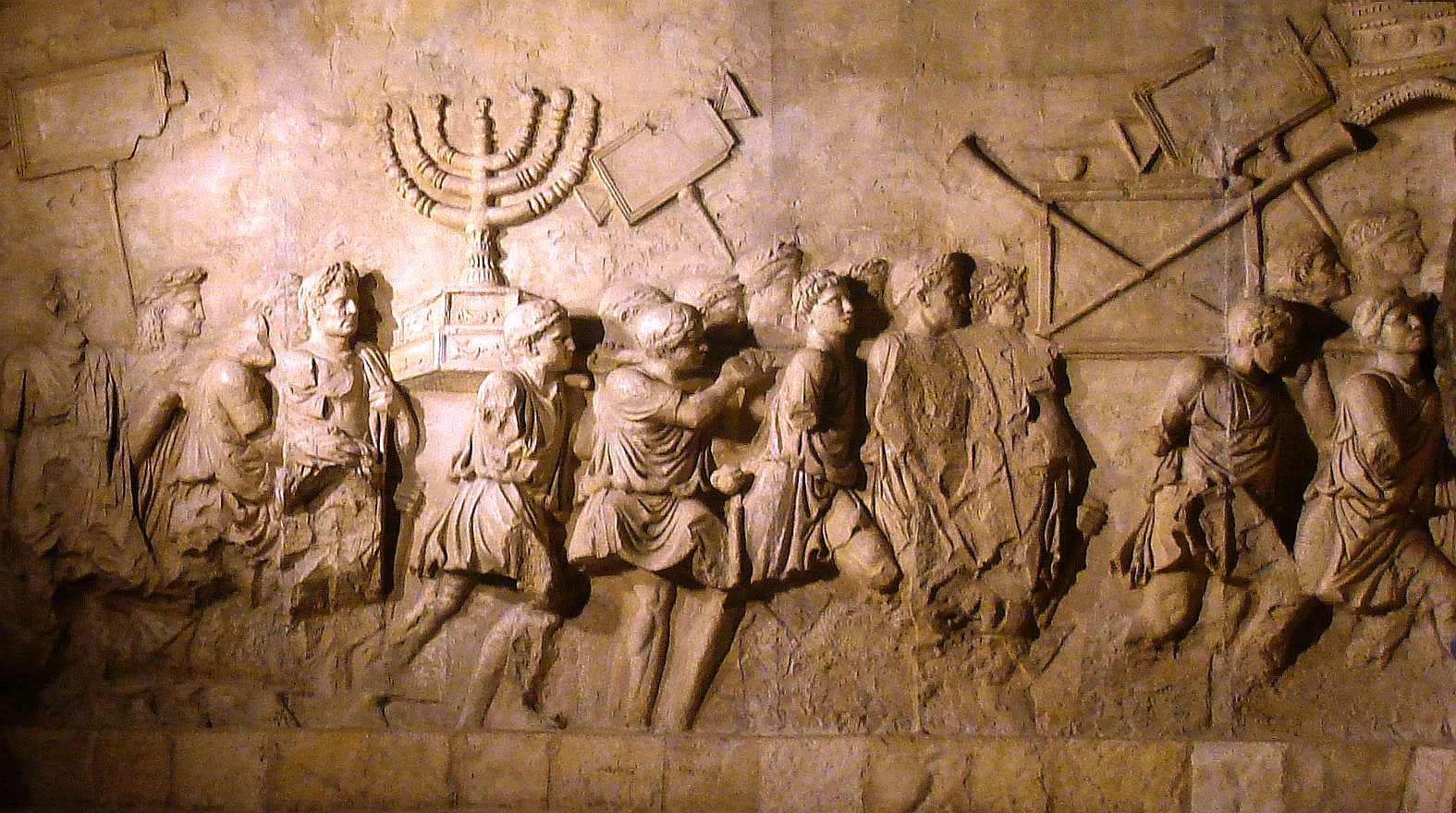 Searching for inspiration on how to draw the devastation of Jerusalem, I researched how artists had done so over the centuries. Obviously I knew well the relief on Titus’ arch (81 C.E. dedicated by emperor Domitian) having visited it numerous times over three decades.

Its location at the entrance of the Roman Forum was deliberate, to force passers-by to relive the capture of Judea, the sacking of the temple and the distinctive menorah. The Roman coinage of IVDAEA CAPTA found all over the empire served a similar purpose. 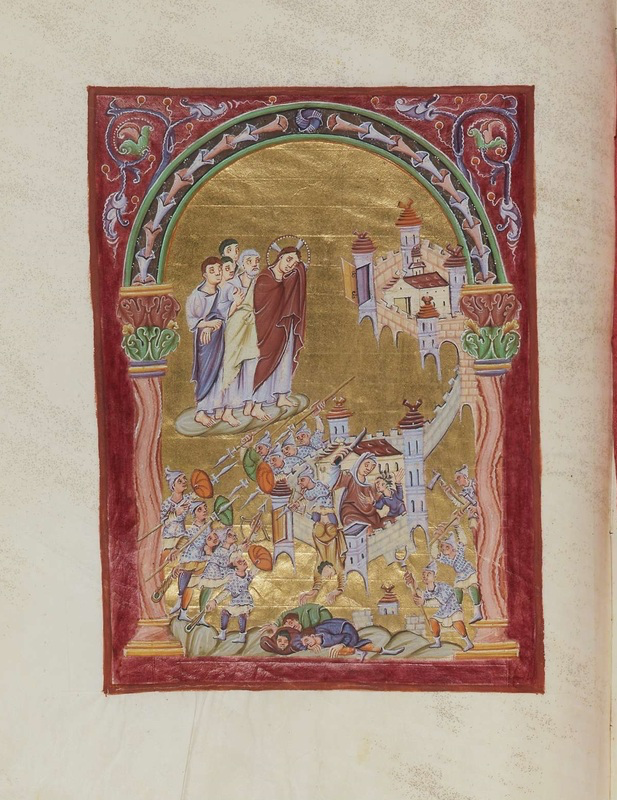 Yet, what really surprised me was that throughout the middle-ages, the scene almost always promoted anti-Jewish sentiment.

They showcase a certain Mary of Bethezuba (twice in the same image in the book of hours) who according to Flavius Josephus slaughtered and ate her own child. In the hands of Christian theologians and commissioned artists, she became the sinful negative type of the Jewish mother to be contrasted to the hopeful Virgin Mary.

Cannibalism is known to have happened in numerous sieges and famines throughout history. And the Great Famine of 1315-1317 was marked with extreme scenes of cannibalism and infanticide throughout Europe.

But none of these events were instrumentalised like Mary of Bethezuba to shame an entire nation or justify their persecution. 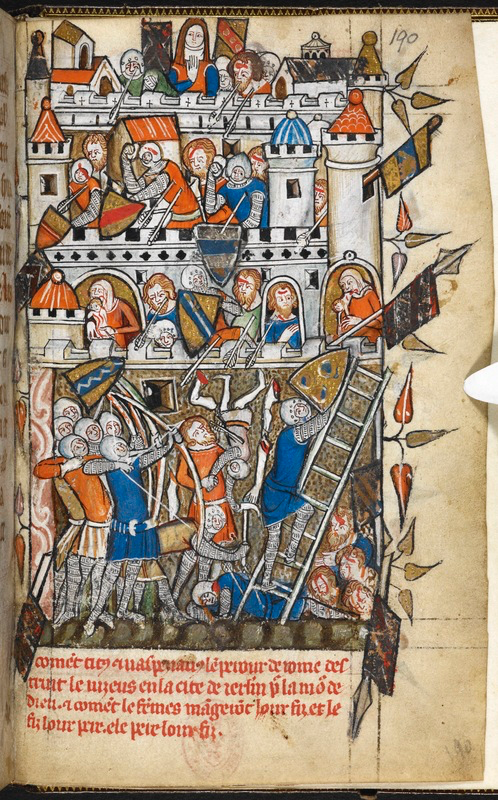 “Destruction of the Temple of Jerusalem”, Francesco Hayez (1867) 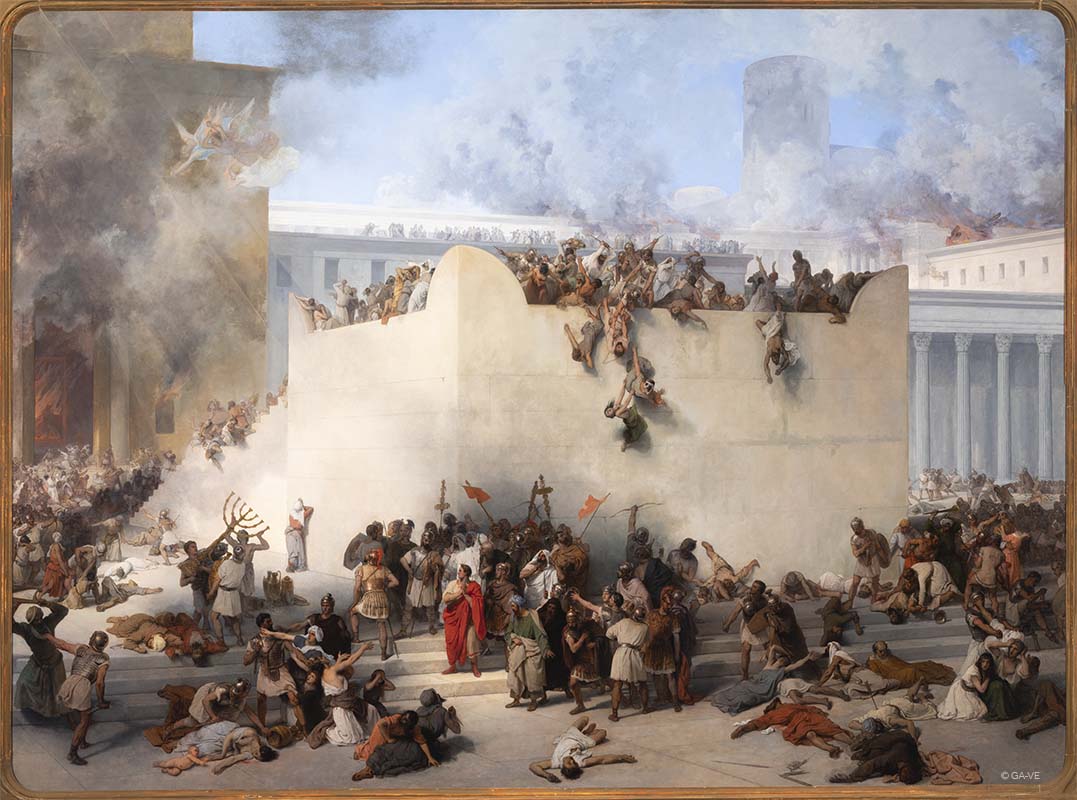 One of the only paintings – regardless of its archaeological inaccuracies – that has no other agenda than to recreate a period piece is Francesco Hayez’ Destruction of the Temple of Jerusalem (oil on canvas, 183x82cm, 1867, Galleria dell’ Accademia, Venice, Italy).

Now this is a painter with an incredible flair for the dramatic and staged compositions.

I admired his work so much as well as his preparatory sketches that I redrew some of his characters in my own fashion.